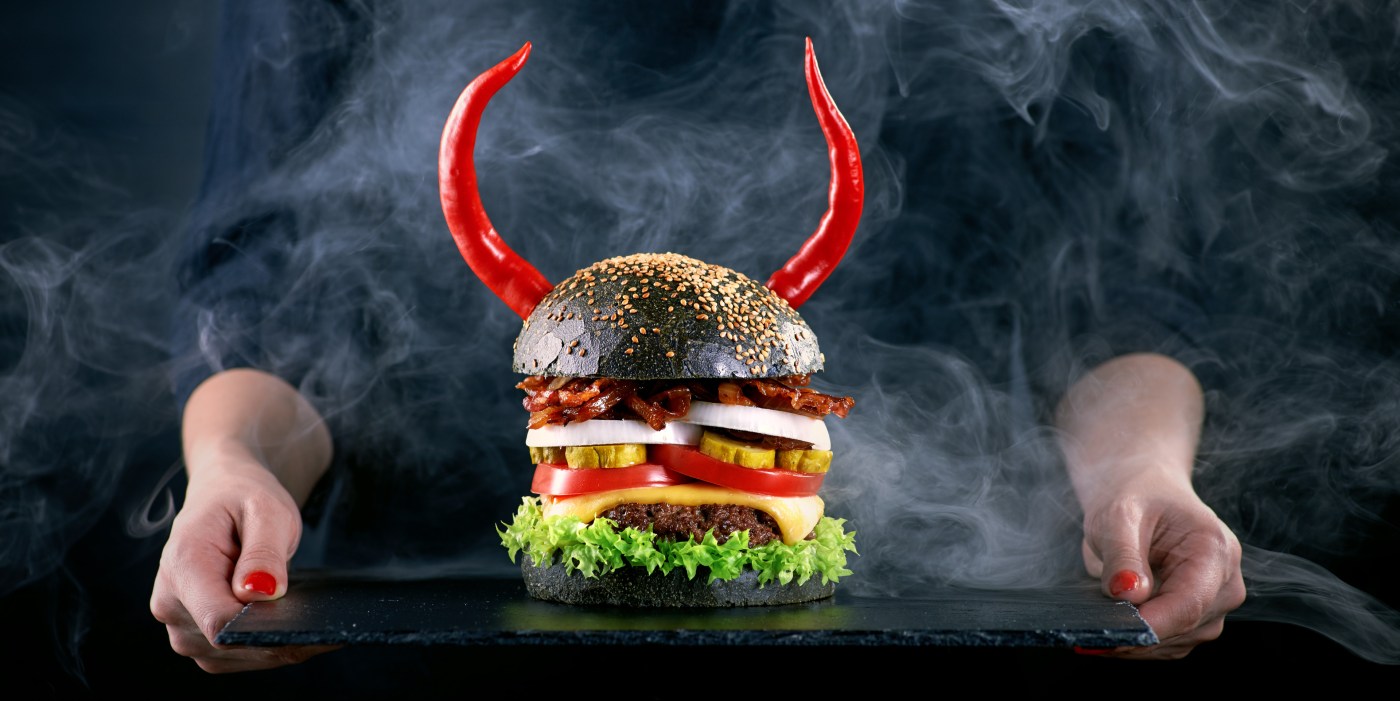 Vegans & vegetarians who have a very powerful meat dependency prior to going vegan, may not be able to make the switch overnight, as much as they really want to. And it’s not entirely their fault...

World-renowned plant-based physician, Dr. Michael Klaper, says, there are two reasons people on a plant-based diet go back to eating an animal-based diet. The first reason is largely from social pressure – they just get tired of being the odd person out at the restaurant and at home or cooking two meals for their spouses or whatever, so most of it, is social.

So when we suddenly stop eating meat, our body will cause us to have meat cravings, and we will strongly desire it. But as soon as we get to eat meat again, the preformed nutrient washes into our tissues, which then makes us feel great! And I know many will also say the steak aroma and taste is also reaaally goood!

However, Dr. Klaper further says, this is not normal human physiology. It is an acquired dependency created by feeding humans with animal flesh from infancy to adulthood, while we grow up along with a bunch of diseases that comes later on with this diet. No primate does that. No gorilla does that. No bonobo does that.

For most people, who go on a healthy and balanced whole-food plant-based diet, can naturally gear up their genes and enzymes to start synthesizing their own carnitine and creatine. But for some folks, this process might be a bit slower – it may take six months or even a year or so before they’re really manufacturing it by themselves.

The doctor advises vegans or vegetarians who are still struggling or having trouble getting past meat cravings to eat meat once a week until they can completely give it up. Just stretch out the time in between, and eventually the body will gear up, so it won’t need that stuff any more.

“I had meat cravings for years after I became vegan, and it really bothered me, and for a short period of
time I went back to having some fish to see if it makes any difference in my physical being – it didn’t, but it was a strong meat craving, but it was mostly just that chewy salty texture I craved more than anything else I think, so if people have to dabble in that for a while, I don’t condemn them, but I say don’t linger there either, get on with facing that stuff out of your diet as expeditiously as possible,” Dr. Klaper said.

Dr. Klaper added that he has seen three generations of children raised as vegans, and they turn into lean healthy bright people who don’t have meat cravings. Their mouths don’t water when they walk past a barbecue. Now these are healthy folks. They’re physiologically different folks. But for vegans who have a very strong meat dependency prior to going vegan, he advises taking it slow, as it may not be so easy for them to just switch overnight, as much as they really want to, especially right after getting enlightened on the subject from watching the Forks Over Knives documentary or reading John Robbins books.

The full 30 minutes Q&A interview with Dr. Michael Klaper below:

2 thoughts on “Vegans & vegetarians craving for meat, why & how to break free from the addiction, Dr. Michael Klaper”