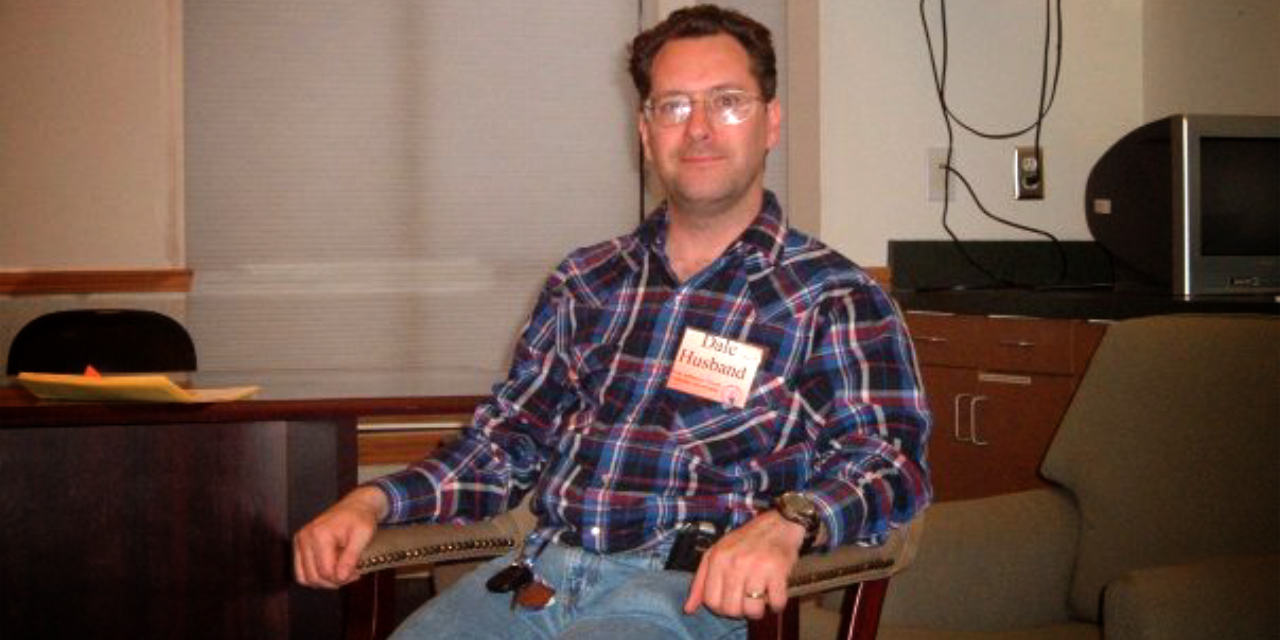 Dale holds strong to his sense of honor which means more to him than his own life. I was speechless in gratitude when I read about what he wrote as a tribute to me on his blog...

Back in the old days when I was active in my humanitarian, animal protection & environmental activism, I joined Care2, a social network with millions of people from around the globe dedicated to building a better world.

Well, that was about more or less 20 years ago. And among the many friends I met and worked together in Care2 activism back then, one person, in particular, Dale Husband and I kept in touch with each other till this very day.

Like me, Dale is also a strong advocate of science, reason, and rationality. He is one of the best people I know to ask about the process of evolution and natural selection.

He practices a healthy dose of skepticism on everything questionable. To reconcile his spiritual side with his skeptical side, he came up with his own philosophy, calling it ‘Honorable Skepticism’ as his way of life ever since.

Part of him being honorable is refusing to paint members of any group, whether political, religious, or national, with the same brush. His friends include all kinds of people, such as conservatives, liberals, Christians, Jews, Muslims, Buddhists, Pagans, Atheists, Americans, Europeans, Asians, Australians, meat-eaters, vegetarians etc. He deeply treasures that diversity.

Once he recognizes another person is honorable, no matter what else may be true of that person, he embraces them as a brother or sister. But if he discovers a fellow American, a fellow non-theist, a fellow liberal, or even a fellow Star Trek fan to be dishonorable in their behavior, he will no longer have anything to do with them. He holds strong to his sense of honor which means more to him than his own life.

Dale’s standard of ethics had direct influence from one of the greatest scientists of all time, Dr. Carl Sagan, and Dale sees my world views very close to his own personal ethical philosophy.

He further adds to say that my personal visions also so closely mirror his own, and even exceed it in many ways. I was speechless in gratitude when I read about what he wrote as a tribute to me on his blog. I am so honored by what Dale has said about me.

And as what Dale further wrote below my photograph, I did become a non-religious person later in my adult years, but this does not mean I hate religious people, nor am I anti-religion. I just hate the evil things done to people and animals in the name of religion, or in the name of whatever for that matter.

The story of the Buddha for example, as it is with any religious or spiritual stories, sure, we don’t know for certain how much of the stories are really factual and how much of it is just a fairytale, if any, but it really doesn’t matter because it touches something we all basically know.

The relevance of it is in the message of the story. It has a lot of good things to teach. The life of the Buddha was a beautiful way of telling those good teachings. And that’s how I see it too as I echo the words I heard from the PBS Documentary on the Buddha.

In that regard, if something heals you, gives you peace, makes you feel good, and also helps you grow to be good, kind, and compassionate, then I would, without question, welcome it with open arms instead of overthinking what is real and what is not, and just enjoy the story while learning a thing or two from it—just like watching a movie.

With that, I wish to once again say thank you, Dale, for your tribute. No words can express my appreciation of what you wrote about me. You have always been a good and supportive friend all these years to this very day. You have been and still are the greatest brother in arms I’ve ever had in my life, my dear comrade.

Thanks, Dale, for this honor. I will hold it close to my heart forever, my good ol’ friend. 👊🏻